Kleiboeckers that came to America 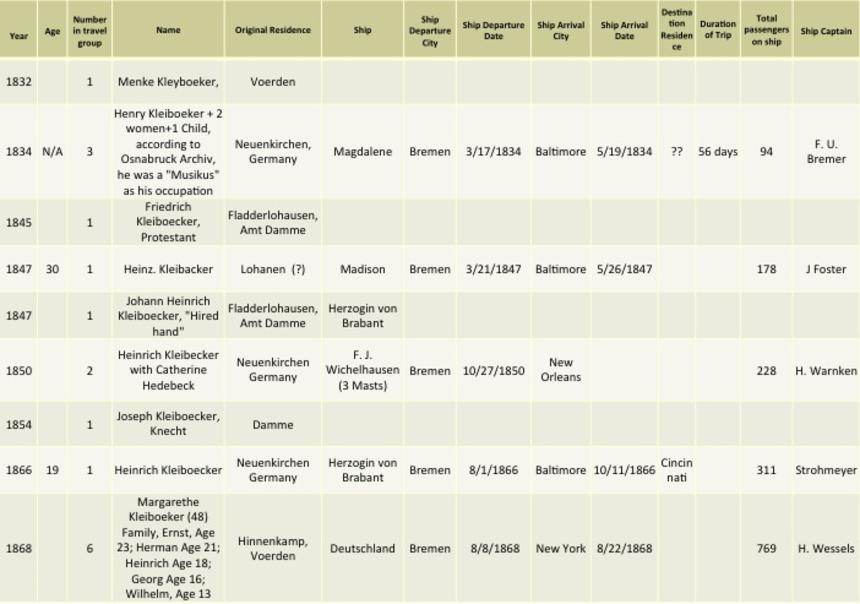 The third family was the Hermann Menke Kleiboeker (1811-1856) and Margaret nee Beckermann (1819-189) family. Similar to the Johann Bernard family above, the father of the family did not leave Germany but died there at the age of 46. Then his wife, Margarethe left with her 5 children, Ernst, Herman, Heinrich, Georg, and Wilhelm in 1868 at one time.  Interestingly they also moved to St. Louis and settled there.  This family is at the bottom of the chart below.

There were other Kleiboeker's that left Germany as well at times before and after these two families which can be seen on the chart. 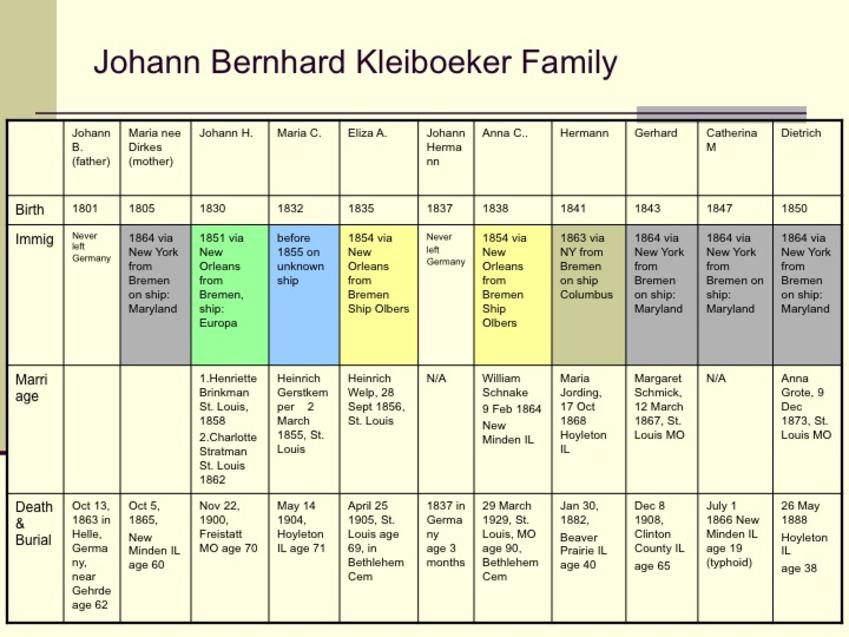 We now have identified three major migrations of Kleiboeker immigrants to the USA.  The first was Henry Kleiboeker (1801-1862) whose descendants spelled their name Claybaker.  Henry arrived in 1834.  More about his travels to America can be found here.

The second large family that immigrated was the Johann Bernard Kleyboecker family, whose father was Johann Herman Kleyboecker, born at Hinnenkamp.  Johann Bernard was born in Neuenkirchen and baptized in the church there, and had 9 children. This family spent most of their early life in the village of Gehrde.  8 of the 9 children of Johann Bernard lived to adulthood and all 8 made it to the USA, along with their mother, moving initially to St. Louis and then to Washington County IL.  Johann Bernard died at the age of 62 in Germany and therefore did not make it to America.  The others left at various times as shown below.