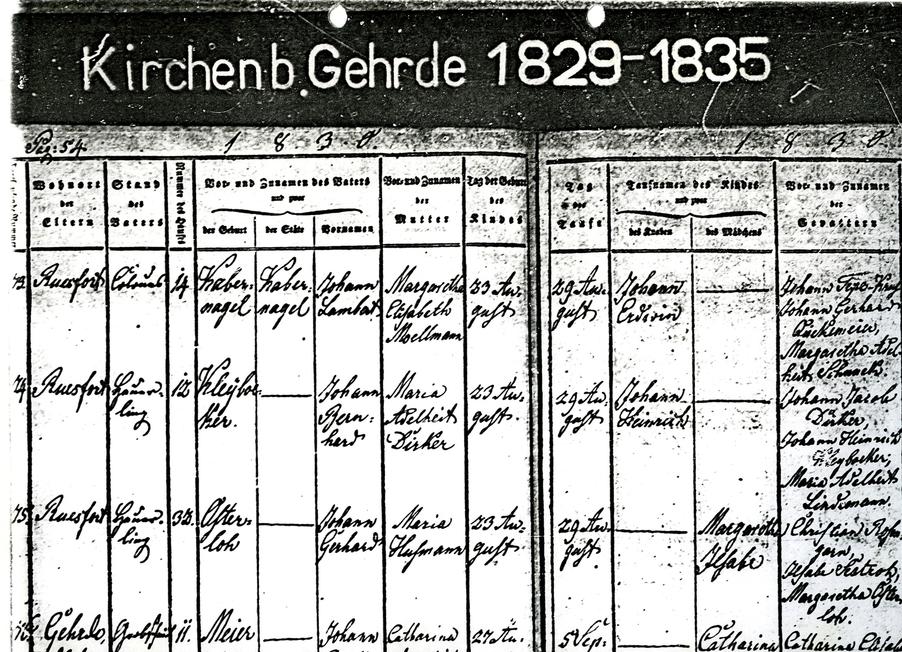 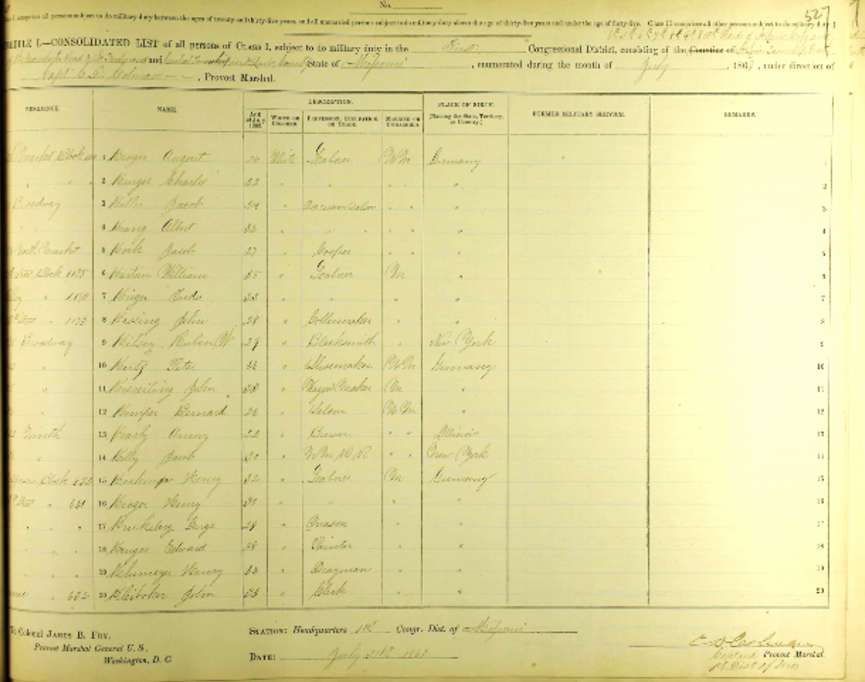 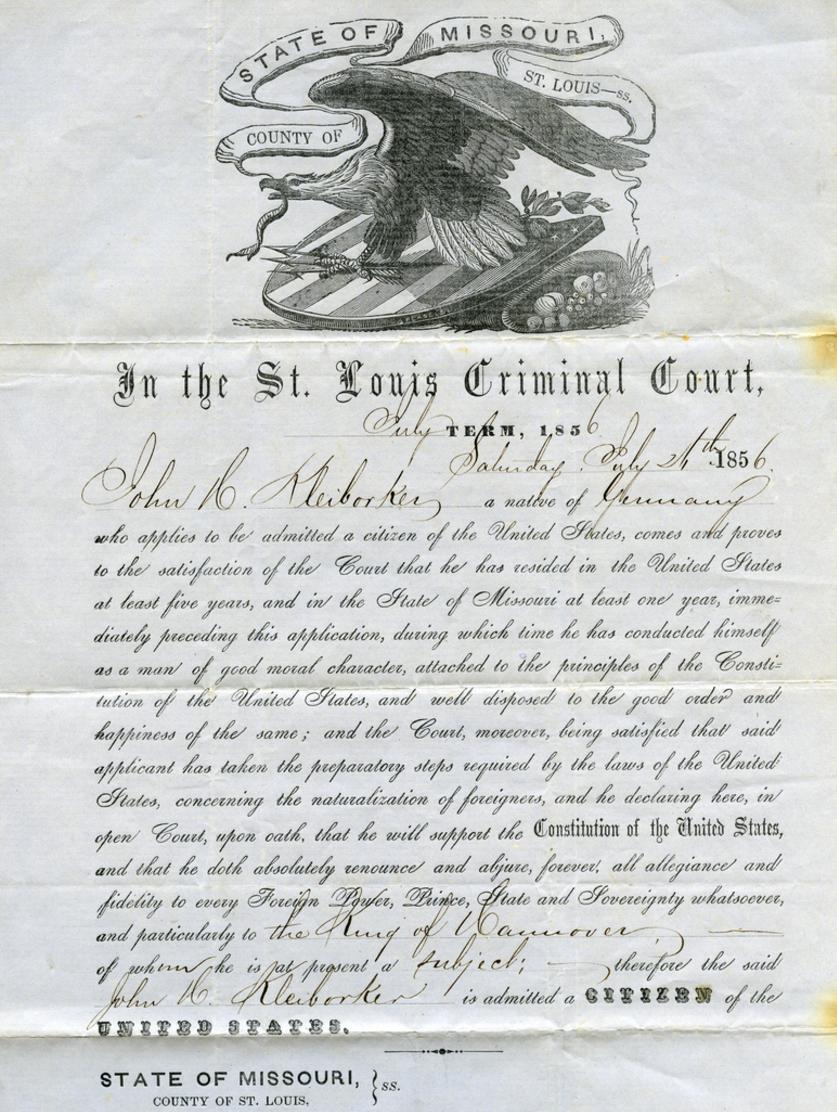 After examing all ships leaving Bremerhafen within the dates that Johann’s “Walk of LIfe” states, I found an entry on a passenger list that I beleive to be Johann’s record of making the Atlantic Crossing.  The Ship, Europa piloted by Captain E. Wieting, left Bremen on March 20 1851 and arrived New Orleans May 21, 1851, taking 62 days for the total crossing.  They had 160 people on board the ship.  In his biography, Johann writes that he left Bremen on the 18th of March, and arrived the Port of St. Louis on June 4, 1851.  Within the Europa Records, there is an entry for “Joh. Hein. Bohke”  who is listed as 25 (Johann was 21) heading to New Orleans, which I believe is our Johann Kleiboeker.  He was traveling alone, which is consistent with Johann’s story.  Also, a clerk in New Orleans created this list who did not speak German and Johann did not speak English, so the transliteration issues are possible.  There are no other records that come close to matching Johann’s handwritten biography.  Clearly if the ship docked in New Orleans on May 21st, it is entirely possible that the steamboat carrying Johann arrived on June 4th, a time span of 13 days which accounts for transfer from sailing ship to steamboat in New Orleans as well as the average 7 day journey up to St. Louis, MO.

According to his grandson, Alvin Kleiboeker:

“....he must have come into port in the Gulf of Mexico at New Orleans, for he boarded a riverboat, which refused debarkation to the passengers at St. Louis because of a cholera epidemic in that city.  However, learning that Mr. Kleiboeker was a skilled carpenter, they made an exception for him, leaving him in St. Louis to build caskets for the dying. “ 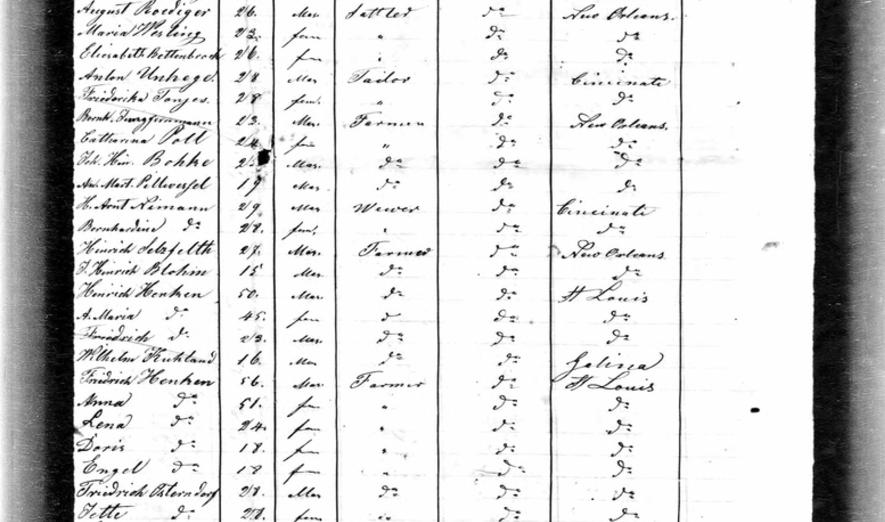 to Henriete Brinkman, his first wife